Also, I had to put an additional Block for the Flying Jib which the instructions never previously called for, which gave me the opportunity to use the Figure Eight Noose, which works fantastic for the Blocks.

From the Port Side – 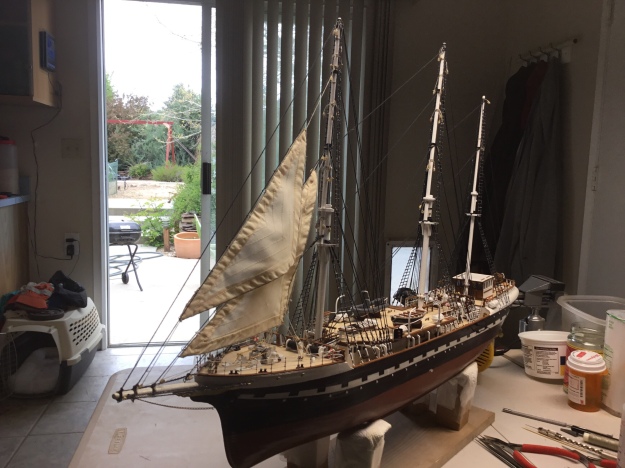 From the Starboard Side –

Closeup of the Bow Rigging –

Closeup of Belaying Pins where the Lines are tied off to – 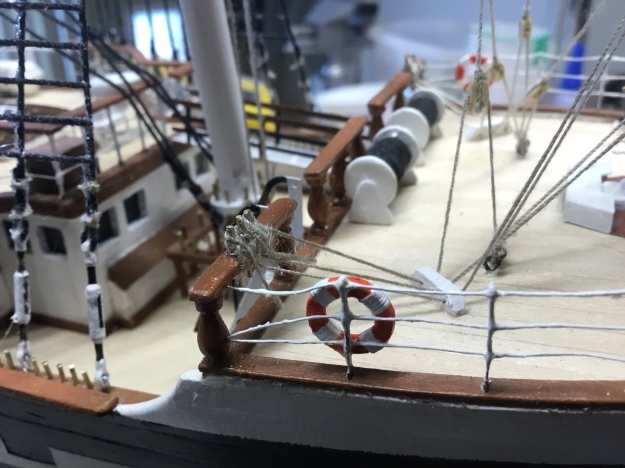