As I was making these Yards, I realized that each one takes up 8 Blocks. There’s 10 Yards so that will be 80 Blocks. I wasn’t as conscious of this until just now when I thought maybe I won’t have enough Blocks.

Well, sure enough, after counting out my Blocks, I only have just enough for the Yards, which doesn’t leave me enough for the Blocks I need down by the Bars sticking out on the sides. I know those things require Blocks. I simply cannot believe that I ran out of Blocks like that. I realized I may have lost a few, but I didn’t think I lost that many to where I ran out of Blocks.

Anyway, I ended up panic buying some more Blocks from Model Expo. I know I’m going to need some. The shipping was $9.99 for an order of Blocks that cost $5.99! 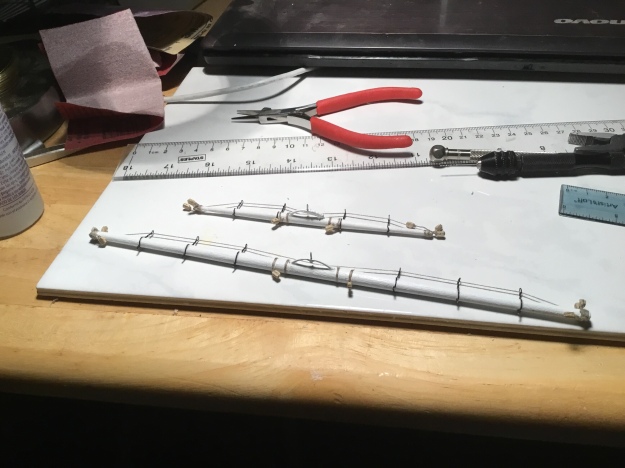